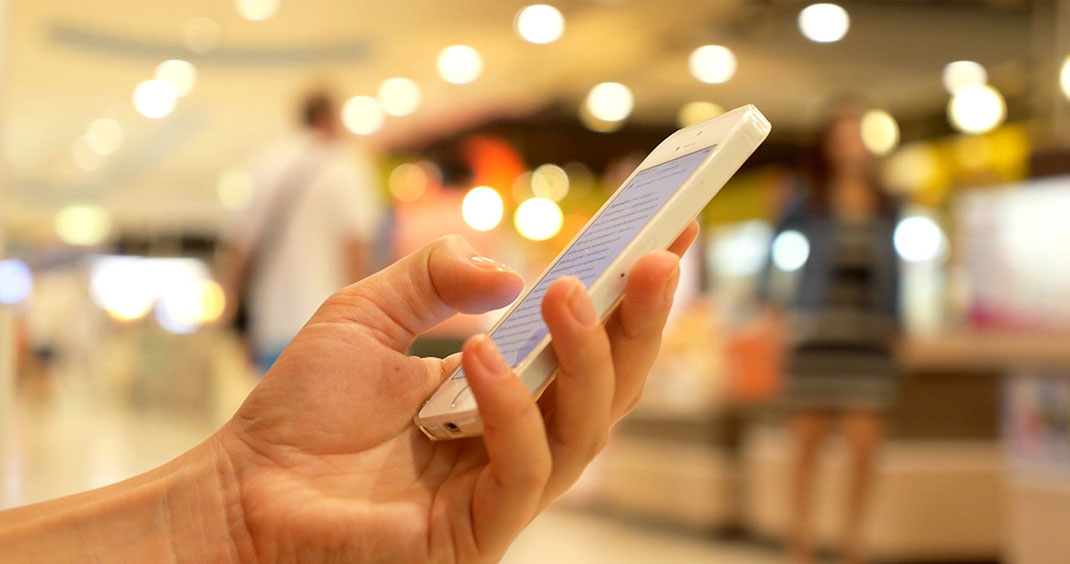 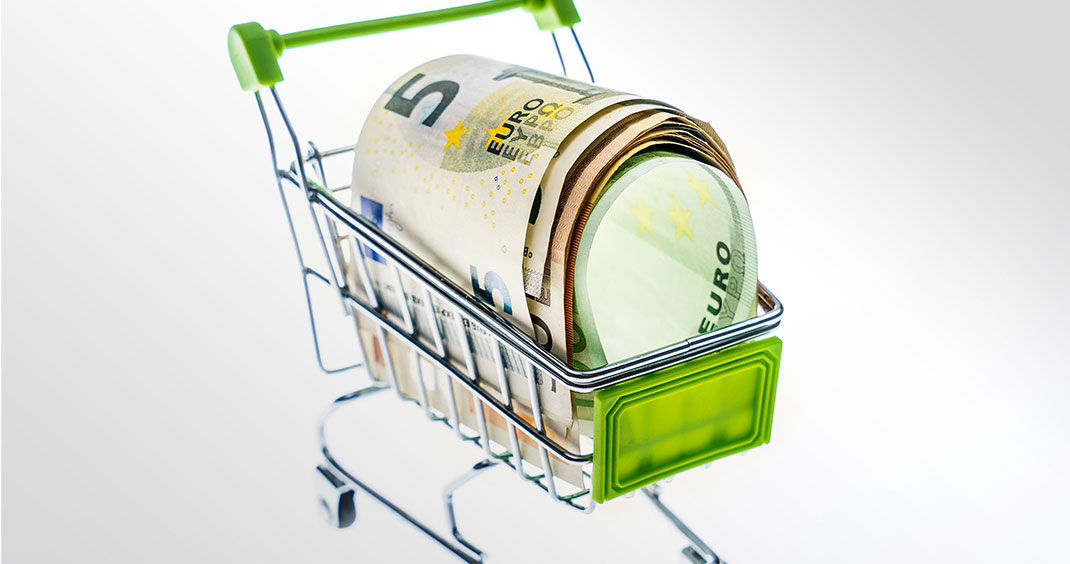 In the years following the global financial crisis, some market commentators believed the “sharing economy”—that is, the renting or exchange of goods and services between individuals, typically coordinated online for a fee—would change how people access and pay for the things they need. Entrepreneurs and investors saw the idea as a way to wring greater efficiency and value from otherwise underutilized resources, while generating a commission for whoever coordinates the exchanges.

Results of sharing economy platforms have so far been mixed. Many platforms have failed to grow beyond a small user base, limiting their profitability, or have failed outright. On the other hand, some businesses, such as Uber for transportation and Airbnb for housing, have delivered convenience and savings to users while attracting billions of US dollars from investors.

Q: Is the sharing economy providing value to consumers?

Lakshman Venkitaraman: In my opinion, we are already seeing the benefits of services like Uber and Airbnb in our daily lives. The idea is quite simple—take an underutilized asset and put a platform between owners of that asset and people who want to use it. Ideally, the average cost of utilizing the asset then comes down for everyone. Consumers are already benefiting from some of these models, not just from a cost perspective, but from a convenience perspective as well. However, “value” and “valuation” are two different concepts, so while some sharing economy platforms have certainly demonstrated their value to both asset owners and users, we will only be able to ascertain realistic valuations if and when durable business models are established and cash flows are generated.

Wenting Shen: I would add that an additional feature of sharing economy platforms is users can review the service and goods providers after use. This helps the whole user community benefit from their experience as it encourages good behavior and weeds out weaker providers, which increases the utility of the platform.

Maria Lernerman: Sharing platforms also allow a large volume of data to be collected on consumer behavior. This data could be valuable not only to improve the sharing service itself, but could also feed into a larger set of products and services.

WS: I think that’s right. For example, Didi Chuxing, China’s largest ridesharing company that Tencent and Alibaba have invested in, supplies Tencent Maps and Gaode Maps with rideshare data to improve traffic and passenger-behavior information, as well as information related to where passengers go and when. Perhaps in the future, a fleet of Didi Chuxing autonomous vehicles could also supply mapping systems with visually acquired information such as the locations of stop signs and road closures as captured by the cars’ cameras and sensors.

Q: What factors do you think are most important for sharing economy platforms to be profitable?

WS: I think market dominance is essential for eventual profitability. Early in the development of sharing economy marketplaces, we usually see several companies providing essentially the same service while trying to take share from each other. Faced with intense competition, companies usually provide subsidies or coupons to win customers, resulting in extremely high customer-acquisition costs. Most companies will not survive this ultra-competitive early stage, so access to capital to outlast competitors is critical.

What happened in the rideshare market in China is a good example. It gradually consolidated until 2015, when two major companies, one backed by Tencent and the other by Alibaba, merged to form Didi Chuxing, which is now valued at US$50 billion. After Didi Chuxing bought Uber China the following year, the subsidies and coupons that defined the early stage of the market largely dissipated as the main players no longer had to compete as aggressively with each other for customers. The expectation in sharing economy markets, then, is that after enough customers are acquired and sufficient market share is reached, surviving companies can charge higher prices to create a durable profit stream.

The above chart depicts the most commonly cited valuations of select sharing economy companies, in orange, as compared with the market capitalizations of a selection of public companies, in red. Data as of November 15, 2017.

LV: I would add that network effects are important here, as once you have an entity that controls 60% or 70% of the market, it’s very difficult for newcomers. Platforms that have a large and established user base tend to be much more useful than new platforms with only a small number of users. In other words, when one or two companies gain high market share, barriers to entry into the market increase such that the threat of new entrants declines.

ML: Another important factor is obviously demand. In low income countries, demand for sharing economy services may be primarily driven by monetary concerns, particularly for items that have a high cost of ownership such as vehicles. In higher income countries, convenience and a better user experience may provide a greater source of demand, though cost would play a role as well. A mentality shift toward minimizing private ownership and sharing existing resources could also increase demand. Millennials tend to be environmentally conscious, so if they’re persuaded that it’s more Earth-friendly to get a ride in somebody else’s car than to buy their own, that could be a very powerful driver.

Source: Data from Nielsen Global Survey of Share Communities, Q3 2013, cited in Nielsen, Is Sharing the New Buying?, May 2014.

Of course, the proposition of full ownership changes when there is demand to rent out one’s underutilized assets. In this way, sharing platforms may convince some consumers to buy a vehicle if they are confident they can make some of their money back, or perhaps even turn a profit. Supply has a tendency to meet demand. One of the beauties of these sharing platforms is that they can facilitate asset investments in low income countries, especially when demand for access to these assets comes from outside those geographies in the form of tourism. I would not be surprised, for instance, if Uber and its equivalents are driving up car sales across Asia.

Q: What sort of sharing economy businesses will never be profitable?

LV: I think models where the number of transactions is low might not be as successful. All platform businesses, including social media platforms like Facebook, have high fixed costs so they need a large number of users just to break even. Platform profitability is all about scale.

“If the product is too complex and the variety of choices confuses the user, the cost to facilitate sharing becomes too high and profitability might never occur.”

I think another important condition is that the asset being shared can move between owner and user easily. A car, for example, can be driven to whomever wants a ride. Some things are simply too unwieldy to exchange or deliver cost effectively. Musical instruments, particularly heavy instruments such as pianos, are a good example, as despite being expensive and underutilized, two factors that would normally bode well for sharing, the cost and effort involved in transporting them from the homes of owners to convenient locations for users that want to play them makes sharing unfeasible.

ML: Complexity can also be a hindrance to scale and profitability. In apparel, for example, we haven’t really seen the consumer-to-consumer sharing model work. I think this is partly because there’s so much variety in sizing, style, and color that it’s simply too complex and time consuming for most people to find what they want.

On the other hand, a company like Rent the Runway, which allows consumers to rent high-end and special occasion fashion pieces, seems more likely to work. Some consider web-based rental services like Rent the Runway to be part of the “sharing economy,” but it is not a true peer-to-peer network. The primary difference is that Rent the Runway actually owns the assets being shared on the platform, whereas the other businesses we’ve mentioned are helping owners share their existing assets with others. Because Rent the Runway can determine their inventory, they can optimize the level of choice so that users are able to quickly find what they want without becoming overwhelmed. It also allows them to easily minimize the amount of “junk” that makes its way onto the platform.

LV: Interesting. In a true peer-to-peer situation, then, I suppose you want the asset that’s being shared to be somewhat of a commodity. Do you care what car you sit in when it’s a one-time ride? Probably not—almost everyone just wants a vehicle that takes them from point A to point B. In some sense, even accommodation is somewhat of a commodity—all you need are some bedrooms and a bathroom. Sure, some people will pay for a fancier apartment on a platform like Airbnb, but if the product is too complex and the variety of choices confuses the user, the cost to facilitate sharing becomes too high and profitability might never occur. Ultimately, you want users to spend as little time finding what they need on your platform as possible.

Q: How can firms such as taxi companies, hotel chains, and online travel services defend themselves against sharing economy competitors?

ML: I think Priceline, a travel booking website, has dealt well with the threat from sharing economy rivals by building out a home rentals section—essentially its own version of Airbnb. While this may cannibalize some of its hotel booking sales, it should increase overall bookings on the platform and reduce the threat of substitution by sharing-only platforms such as Airbnb and HomeAway.

LV: I agree. I think it’s worth noting that there is still significant demand for hotel rooms. Some business travelers, for example, may prefer the convenience of a hotel, while others may prefer the experience of staying in someone’s home. By combining both options on a single platform, with the assurance of instant booking and customer protection if something goes wrong, Priceline can expand their property listings and capture profits from both segments of the short-term accommodation market.

WS: In that sense, we have to be careful in differentiating sharing economy businesses that offer a direct substitute to an existing service, such as Uber and taxis, and those that offer a similar product but are not perfect substitutes, such as Airbnb and hotels. In the latter case, Airbnb-like services will likely cannibalize some hotel profits, but not all, while it’s plausible that traditional taxi services will be decimated by the Ubers of the world and will no longer exist in a decade or so.

LV: Right. Incumbents like Priceline, though, do have an advantage as they already have a platform with customers constantly streaming in, giving them a head start on achieving the necessary scale. This allows them to capitalize on the sharing economy trend by creating a hybrid model. In a similar fashion, other companies can potentially not only defend themselves, but also strengthen their offerings by incorporating sharing components into their existing business models.

Disrupting Your Closet: How Customized Clothing Can Remake the Apparel...