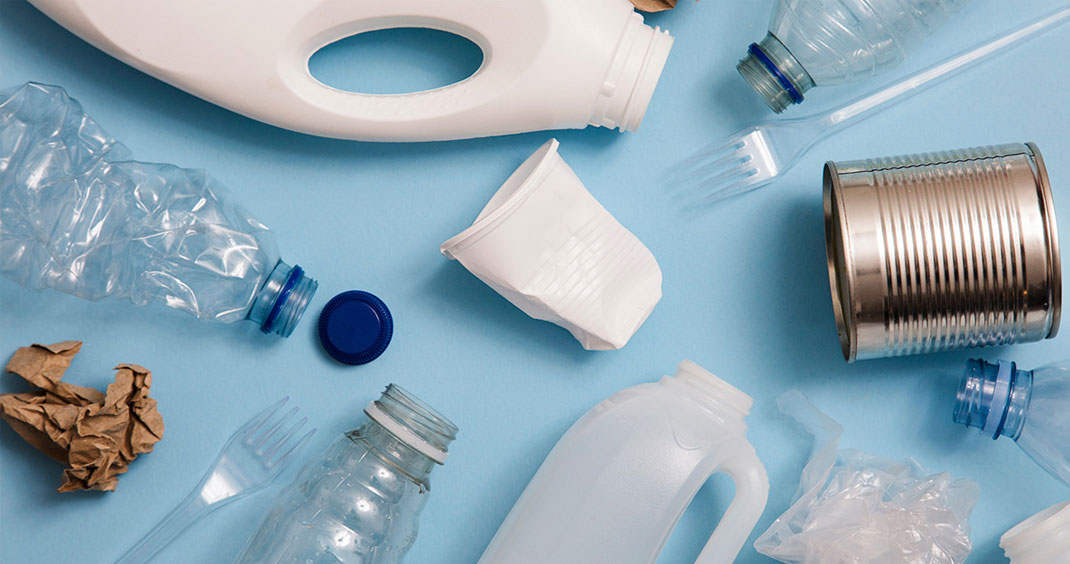 It’s a Wrap? How Consumer Behavior Is Shaping the Future of Plastic Packaging 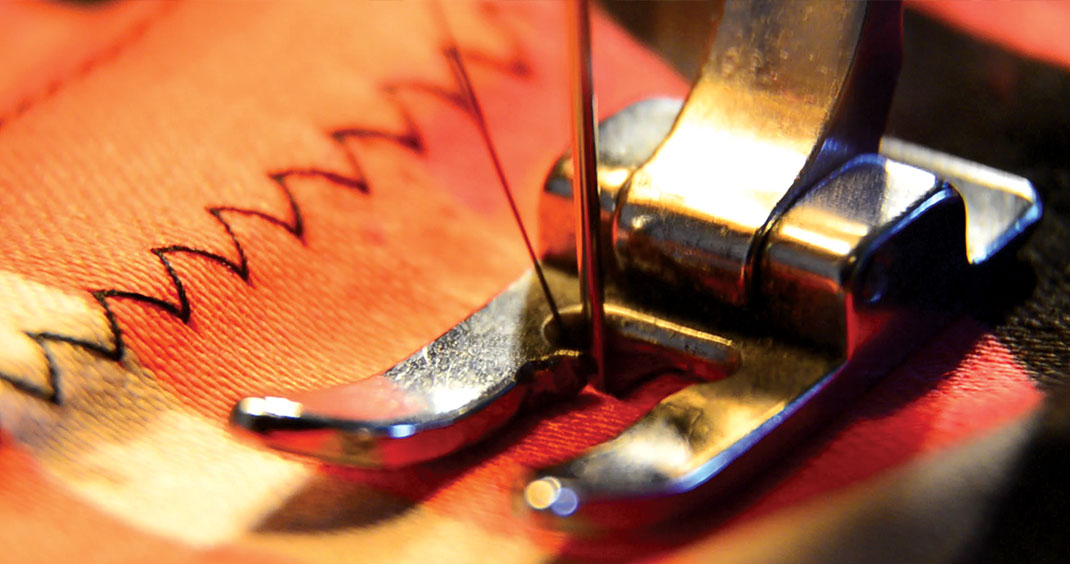 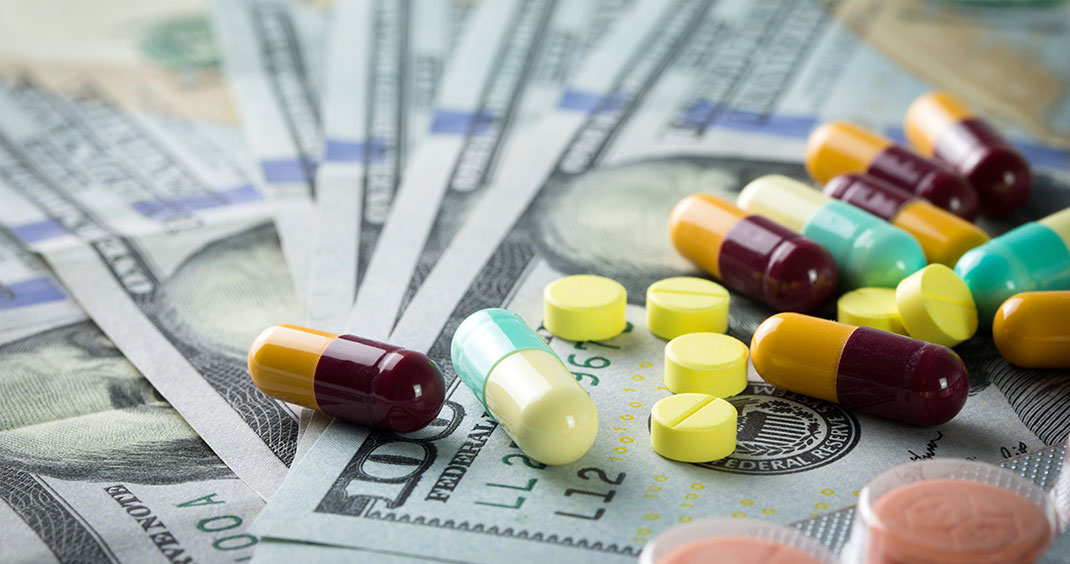 Along with lurid images of wildlife killed by ingesting plastic bags and remote beaches covered in plastic waste, the rapid increase in the production of plastics in recent years has produced some shocking statistics. Of the approximately 8.3 billion metric tons of plastic produced to date, 6.3 billion has become waste that won’t decompose for possibly another 400 years. While public concern about environmental damage has become a political issue, we are still a long way from achieving a circular business model for dealing with our plastic waste. Even after recycling initiatives have ramped up, today more than half of the world’s plastic waste is dumped in landfills or discarded as litter. A quarter is incinerated. Only about a fifth actually makes it as far as the recycling bin. And even then, plastic, like paper, can generally only be recycled between four to six times before it degrades to a degree where it is no longer usable.

Until January 2018, China had been processing the bulk of the world’s plastic slated for recycling—about 70% of the total volume, or approximately seven million tons per year—primarily imported from the West. Beijing’s sudden decision to halt this practice sent the price of plastic scrap into a steep fall and the US$38 billion global plastic recycling industry into disarray.

“Since China made this surprise announcement, Western countries have been trying to figure out how to deal with their plastic waste largely on their own,” says Sean Contant, CFA, who analyzes small companies. “In the process, they’re coming to terms with the fact that, without cheap labor, converting plastic waste back into a usable form can be an expensive process with little financial reward.”

Turning a profit from plastic recycling in this new environment is proving something of a struggle for waste management companies. But with the Western public increasingly embracing recycling, the disruption is also creating opportunities for those that can transform used plastic back into a clean, high-quality raw material efficiently, and for the technology companies that can help them do it.

The Making and Breaking of Plastic Recycling

The complexity of the plastic recycling process creates a challenge for waste management companies when compared with those for other materials such as cardboard, glass, and metal. Not only does plastic come in an array of shapes and sizes—from cling wrap and yogurt containers to toys and outdoor furniture—it must be separated by polymer type, a process that can be automated only with highly sophisticated equipment. This task is in a different league from, say, separating newspaper from cardboard boxes.

For almost 30 years the plastic recycling industry in the West has profited from the sale of minimally sorted plastic waste to China, a trade that took advantage of cheap backhaul shipping aboard vessels that, having carried Chinese exports to the West, would otherwise have returned empty. Chinese recycling businesses, which eagerly bought up the West’s plastic scrap, handled the later, more-difficult stages of the recycling process—namely sorting by color and polymer type (much of it by hand), washing, shredding, and extrusion. Many struck it rich selling the end product, raw plastic resin pellets, to Chinese manufacturers. While Western manufacturers largely insisted on using purer-grade “virgin” plastic resin produced by the petrochemical industry for their high-end goods, their Chinese counterparts had a voracious appetite for the cheaper “post-consumer” variety. The plastic recycling business in China was so attractive that, by 2006, the China Plastic Processing Industry Association estimated there were 60,000 small recycling enterprises in operation. 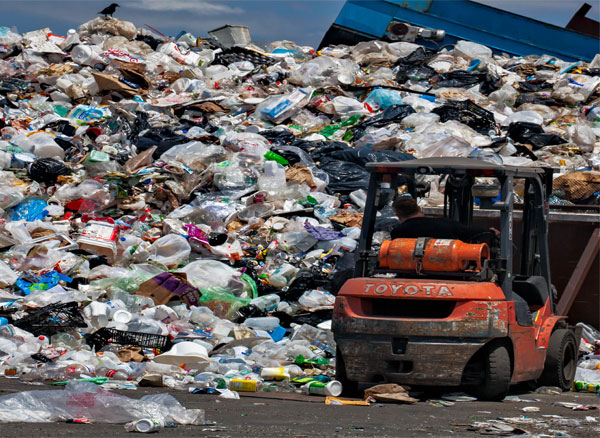 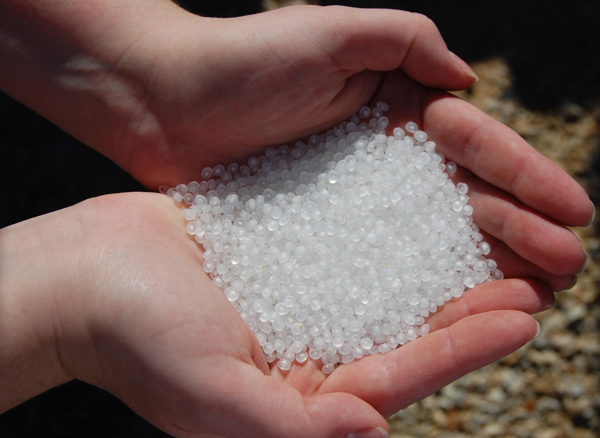 “The foundations of the global recycling system were cheap labor, cheap shipping, and high demand for lower-grade post-consumer resin. Without those elements, this intercontinental trade wouldn’t have made economic sense,” says Contant. The Chinese recycling industry, however, also had severe environmental consequences that prompted the government to intervene. Plastic that had no commercial value was either burned on site—further damaging China’s notoriously poor air quality and making local communities ill—or buried in dumps where it often polluted farmland and rivers. At the same time, rising domestic consumption meant local recycling efforts were increasingly able to meet Chinese manufacturers’ demand for new plastic resin.

China analyst Wenting Shen, CFA, highlights an additional factor: “China no longer wanted to be seen as the world’s dumping ground, especially as it’s trying to play a more prominent role in world affairs.” So in July 2017, the Chinese government announced that, by the end of the year, it would only permit the import of plastic scrap with less than 0.5% contamination, a standard few waste management companies in the West could meet. When National Sword came into effect in 2018, Western recyclers’ access to China’s cheap labor pool was effectively blocked, and the flow of plastic scrap from the West to China reduced to a trickle.

With the demise of the Chinese export market, global demand for plastic scrap dropped dramatically, leading to chronic oversupply and falling prices. Between May 2018 and May 2019, the average price per pound of scrap high-density polyethylene (HDPE) in the US, for example, fell by nearly half, from 39 cents to just 21 cents. As a result, bales of plastic have piled up in warehouses in the West, leading some waste management companies to incinerate or send to landfills the plastic waste they previously exported profitably.

“China’s import ban made an already-difficult line of business even more difficult,” says Shali Zhu, CFA, who analyzes the energy and industrials sectors. However, she points out that, while recycling isn’t particularly profitable, it typically represents just a small part of the larger waste management companies’ overall business. Republic Services, the second-largest waste management company in the US, derives over 90% of its revenues from its trash disposal operations. Under 10% is derived from its recycling operations, of which less than a quarter comes from plastics. “Unless the price of plastic scrap recovers, lower plastic recycling revenues will likely remain a drag in most cases, though not a major one, on the overall margins of waste management companies,” says Zhu.

“When access to cheap labor evaporates in any industry, the incentive to invest in automation increases.”

Despite the challenging environment, some waste managers are investing in their recycling operations. Their focus is on increasing yields (the proportion of recyclable material recovered from the waste stream) and building capacity to perform more of the advanced sorting, cleaning, shredding, and extrusion processes themselves via automation. “Many waste management companies are making large technology investments to move up the plastic recycling value chain in an attempt to take advantage of the relatively better prices for more-processed plastic waste,” says Contant. “Since China’s ban came into effect and the demand for minimally sorted plastic dropped, just doing a basic sort is now an increasingly bad spot to be, margin-wise.”

It’s no surprise, then, that makers of advanced waste-sorting equipment are benefiting from the global shakeup. TOMRA, a Norway-based manufacturer, has reported sharply increasing sales of its high-tech sorting and processing machines since China’s National Sword policy came into effect. Alongside its competitors in the recycling equipment industry, TOMRA, with a 60% share of the global market, uses technologies such as infrared scanning and computerized air jets to automate all parts of the plastic recycling process, from sorting by polymer type and color, to washing, chopping, and finally pelletization. “When access to cheap labor evaporates in any industry, the incentive to invest in automation increases, which is essentially what we’re seeing,” says Contant.

A glimmer of pricing relief may lie ahead for waste management companies. Rising consumer and political interest in plastic recycling has led to calls for “minimum recycled-content” regulations that would force consumer goods companies such as Nestlé and Coca-Cola to use a minimum proportion of post-consumer plastic in their packaging. Under a pioneering directive adopted by the European Parliament last year, plastic bottles sold in the EU will be required to contain at least 25% recycled content by 2025, and 30% by 2030. In a parallel development, an industry-led coalition in North America is urging the US and Canadian governments to impose a minimum of 20% post-consumer recycled content in some types of plastic bags by 2025. These measures would increase demand and pricing for post-consumer plastic resin and, by extension, lift plastic scrap commodity prices.

New technologies could also reduce plastic recycling costs and boost waste managers’ margins. IBM, for example, has developed an enzymatic process to selectively “digest” polyethylene terephthalate (PET) plastic from dirty plastic bottles, producing a pure PET powder in one step. AMUT, an Italian recycling-equipment maker, has invented a dry “delabeling” machine that can remove labels from plastic bottles without the use of water, which is costly to heat and treat in an industrial setting. Though these and other emerging technologies are promising, it is not yet known whether they can be deployed economically and at commercial scale.

Unlike trash collection, which is essential, recycling can be considered a discretionary service, says Contant. “Western countries had sort of been getting a free ride for the last few decades, but that’s more or less over,” he says. “So if we want plastic recycling to continue, someone else has to foot the bill.” If minimum recycled-content regulations spread, a greater portion of the bill will be footed by consumer goods companies and their customers, and opportunities will abound for companies that can figure out cost-effective ways of processing plastic waste—without shipping it offshore. “If we want our plastic waste to eventually be reused rather than trashed, all the companies in the recycling value chain need to be able to turn a profit,” he says.

Image of plastic scrap: “~jar[o],” used under license CC BY 2.0 available at: creativecommons.org/licenses/by-sa/2.0/