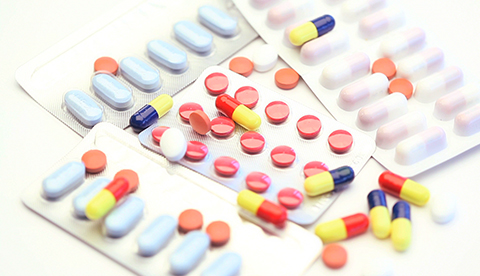 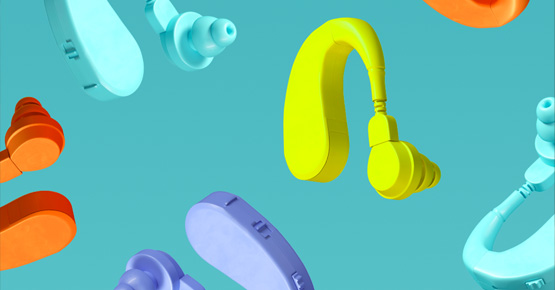 Patrick Todd: Before we talk about biosimilars I think we should define biologics. Biologics are proteins that are grown in cells and then purified and made into drugs. In contrast, conventional small-molecule drugs are chemically synthesized, so the manufacturing process for biologics is significantly more intensive.

Biosimilars are copies of biologic drugs and the barriers to entry, given the difficulty of manufacturing those drugs, are significantly higher. There are also some regulatory barriers. Because they’re grown in cells, they end up being a bit different than the original reference drug, so manufacturers of biosimilars have to do clinical trials to prove that the drug is efficacious.

David Glickman: Whereas for a generic small-molecule drug, they’re only required to conduct small studies to verify the levels of that drug in the bloodstream, which is much faster and cheaper.

Biosimilars Are Similar, Not Identical

TK: With this increased complexity in manufacturing, what kind of companies compete in the biosimilars space, and what have been their capital expenditure plans to meet this demand?

PT: There are companies doing the research and actually manufacturing the biologics, companies like Celltrion and Samsung, which are Korean companies. Some drug innovators are also getting into biosimilars—companies like Pfizer, for example. And then there are a lot of companies that are supplying the bioreactors, purification equipment, and other supplies needed to grow biosimilars. These companies include Sartorius and Merck KGaA, which are German companies, Thermo Fisher in the US, Danaher, and even GE Healthcare.

The capital expenditure plans looking forward are pretty robust. If you look at the top-selling drugs in the world today, they’re more or less all biologics and they’re all coming off patent. So we know that demand for biosimilars is going to rise, and companies are investing in the manufacturing capacity to meet that demand.

TK: The patent expiry of a lot of these more-complex molecules should bode well for the manufacturers of biosimilars, but will the companies be able to profit from that development or are they competing away this profit pool?

DG: We’re still very early on in this process. In Europe, so far we’ve seen biosimilars priced at a sharp reduction from the original innovator price. However, in the US we’re seeing smaller discounts. In the US, typically what you’d see in small-molecule drugs is the original drug innovator would remain on the market at the branded price, generics would then enter with a 95%+ discount, and the innovator would lose almost all of that revenue within a few quarters. To produce biosimilars, pharma companies need to make a much more substantial investment, so they don’t want to price their products at a 90%+ discount. Instead, they may start with a 25–30% discount, so pricing will probably come down more gradually.

“I think the biggest risk is an issue with the FDA or the European Medicines Agency that causes the biosimilar production ramp to slow down.”

It’s also worth noting that sometimes it’s worthwhile for the innovator to compete on price. We see that currently with Johnson & Johnson and Remicade in the US. AbbVie has said that with Humira going biosimilar in about five years that they will also compete on price. The established branded manufacturers already have the manufacturing capacity, so in some cases it makes sense for them to compete on price, whereas in the small-molecule space it doesn’t make any sense, they just let it go.

TK: The high barriers to entry due to manufacturing complexity as well as more-stable prices seems to bode well for the profitability of the industry. Are there any risk factors that investors should be concerned about?

PT: The biggest risk in my opinion is—because they’re so difficult to manufacture—there could be an adverse event at a plant and the drug is going to get pulled from the market, which could lead to a broader distrust of biosimilars. So I think the biggest risk is that there’s some issue with the FDA or maybe the European Medicines Agency that causes the biosimilar production ramp to slow down.

DG: I also see a risk on the positive side. Within the US right now there are no guidelines on interchangeability, so if a doctor writes a prescription for something where a biosimilar is available, a patient would only get that biosimilar if the physician specifies it by name. Whereas for a small-molecule drug like Lipitor, if the physician just writes “Lipitor” a patient will most likely get the generic automatically. The executive branch in the US is working on guidelines for interchangeability, and when that happens it should relieve one of the bottlenecks to biosimilar penetration.

TK: What are the key takeaways when thinking about investing in biosimilars?

PT: I think the most attractive space is the supplier companies—I use the analogy of selling picks and shovels to gold miners. So that’s companies like Sartorius, Merck KGaA, Thermo Fisher, and Danaher. The suppliers are actually very concentrated and all manufacturers of biosimilars need to buy the bioreactors, the supplies, the filtration equipment, so the supplier companies will definitely benefit from this big uptick in biosimilar growth.

DG: And I would mention that I think it’s healthy for the pharmaceutical industry overall for biosimilar penetration to increase. When biologics were first approved around the turn of the century, it was thought they could have a lifespan that was closer to indefinite. Now we know that once patents lapse, biologics innovators can get real competition, which frees up money in the system to pay for new innovative drugs. So it’s a natural evolution of the system.

The New Retail: Why the Future of Shopping Will Be...

Why Battling Bugs Is a Booming Business, and May Be...

A Runway to Growth for Airport Services Companies