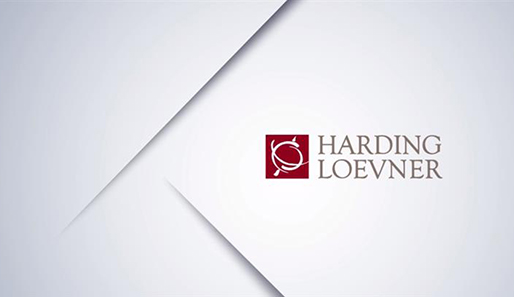 This quarter, the focus around the world is on the effective containment and mitigation of the coronavirus. My central observation as a China analyst, without buying into specific reported casualty figures and always suspicious of Chinese government propaganda, is that China has managed to contain the COVID-19 virus relatively quickly and is already taking steps to restart its economy. The relative effectiveness of China in this crisis has surprised me.

National solidarity and popular tenacity, combined with its centralized and authoritarian political system and its economic prowess, are the key reasons why China was able to contain the COVID-19 virus relatively quickly, in spite of an early cover-up and egregious missteps.

Collectivism is deeply rooted in Chinese culture. Often in its history, when the nation has faced an existential threat, individual citizens took action to defeat a common enemy and make sacrifices for the common good. The bureaucracy, which dates to China’s imperial era, serves as a vast and far-reaching apparatus that supports Chinese society as much as it helps the ruling class. It not only coordinates the actions of the nation at large but also provides structure at the local level while preserving local civic autonomy.

Once the virulence of the new virus was confirmed in January, the whole nation was on high alert. The collective memory of the 2003 SARS epidemic was still fresh. That virus sickened over 7,000 people and left over 640 dead in mainland China and Hong Kong. The new virus erupted at the beginning of the Chinese New Year, when hundreds of millions of migrant workers from rural areas go back to their hometowns. In that period the previous year, China recorded three billion long-distance trips. Given that community spread was already happening, and the massive migration was imminent, the government ordered a draconian lockdown: first of the city of Wuhan, with over 11 million residents, and then of the whole province of Hubei, which has 59 million residents. In the following days, over 200 cities in China issued similar orders.

The large-scale lockdown was only possible with the genuine support of the public and its willing compliance with government orders. Even the most authoritarian government imaginable armed with sophisticated monitoring tools could not force hundreds of millions of people to jail themselves at home. Later, the World Health Organization (WHO) noted: “China’s exceptional coverage with and adherence to these containment measures has only been possible due to the deep commitment of the Chinese people to collective action in the face of this common threat.”

As it has often done in natural disasters, the central government called on the whole nation for help. In addition to the national emergency response, it paired each county in Hubei with a less-impacted province and left it to them to determine how the aid-providing province would best help the county in need. With a remarkable spirit of solidarity, the provinces outside Hubei—while still fighting outbreaks in their own areas—sent over 20,000 doctors and health care workers as well as much-needed equipment to Wuhan and its province.

Ineffective local officials were quickly replaced by their superiors, and the whole bureaucracy rapidly realigned itself from the holiday mood to a crisis response mode with the singular goal of fighting the disease. At the local level, grass-root volunteer organizations helped the most vulnerable members of their communities. Hundreds of thousands of individual donations were sent directly to the hospitals in response to Wuhan doctors’ pleas on social media for protective gear. Community volunteers came up with social-distancing measures suitable for their local situations and organized food delivery to senior citizens and households under self-isolation. Volunteers also provided homemade food and private transportation for health care workers and their families.

The large intervention proved effective: to date, there has been no “Second Wuhan.”

The Role of Industry & Technology

The popular effort has been supported and amplified by the country’s technological and industrial power.

On January 11, days after China and the WHO announced the discovery of the virus, Chinese scientists isolated the new virus, sequenced its genome, and shared their findings with the global community, providing a vital base of scientific knowledge to prepare their response. The scientists also established—at record speed—diagnostic tools and key characteristics, such as the path of transmission and the incubation period. Testing-kit production ramped up to 340,000 per day by March 5. A large lab in Wuhan capable of processing 10,000 coronavirus tests per day (half of the peak capacity of all of South Korea) was constructed in only five days. And fourteen makeshift hospitals were built in Wuhan in a matter of days. The construction of two field hospitals, with a total of over 2,500 beds, was live-streamed over the internet.

As the physical movement of people and goods ground to a halt, China’s virtual economy accelerated. Online services provided by companies like Alibaba and Tencent became the backbones for business and social interaction. Alibaba and Tencent rolled out a “health code” system on their widely used apps. Computer-readable QR codes, each linked to individual users’ accounts and activities, provided access to travel histories and risk levels. This feature, first developed by Alibaba’s Alipay, was launched nationwide in only seven days. It enabled public health officials to track down people who may have been exposed to the virus. It also allowed checkpoints to screen visitors more quickly, providing convenience to low-risk people when they ventured outside their homes.

Chinese companies and software developers were swift and resourceful in other ways. Thousands of independent developers on Alibaba’s and Tencent’s platforms built apps to help the public cope with confinement. Households started buying groceries on mobile apps. Office workers used the apps to work from home and videoconference with their colleagues. Students took courses online, and the general public stayed informed and entertained thanks to their smartphones. China kept functioning in the virtual world, even as hundreds of millions self-isolated at home.

Tencent Meeting, the business conferencing app first launched last December, released 14 upgrades in 40 days in response to feedback from millions of customers who just switched to remote work. Alibaba’s Alipay enabled hundreds of developers to develop mini programs on its payment platform rapidly. The mini programs not only enabled local restaurants to offer take-out ordering, but also provided transparency on the health condition of the food providers. Alibaba’s offline-to-online business collaborated with more than 40 restaurants, hotels, and cinema chains to redeploy their workers temporarily to deliver groceries for Alibaba’s “New Retail” unit.

Most courier services were shut down as their deliverymen (mostly migrant workers) were trapped in their hometowns. However, premium courier SF Express still provided service across the nation as it does not outsource its last-mile delivery network. At the same time, it deployed its large cargo fleet to ship urgently needed medical equipment to Wuhan. For several weeks during the lockdown, the delivery force of SF Express was one of only a few logistic providers serving Wuhan.

Combining old-fashioned values and traditions, a command of science and technology, and the experience of managing large-scale modern enterprises, China responded to the calamity quickly and effectively. It rolled out “the most ambitious, agile, and aggressive disease containment effort in history,” according to the WHO.

As the first wave of the pandemic started to pass, China took a science-based and risk-informed phased approach to restart the economy and return the nation to normal life. Region by region, lockdowns were lifted. Workers returned to their factories and offices, schools reopened, and local restaurants started serving customers again. Subway ridership and traffic jams returned, too. Many large infrastructure projects broke ground as makeshift hospitals were decommissioned. Medical teams sent to Wuhan returned home, probably in joy and tears, as they received the highest gratitude and honors.

But life will probably never be the same. In the near term, China has to deal with enormous human and economic losses. The country must also remain vigilant about importing new COVID-19 cases from overseas, as well as the possibility of a second wave in the fall. The economic damage is exacerbated by a slowdown in exports as the rest of the world fights the pandemic.

The long-term changes will be profound.

The “New Economy” proved itself during the crisis, and the use of mobile apps and other internet-connected technology will surely accelerate in the aftermath. E-commerce, mobile payments, and online education and entertainment saw a surge of new users during the crisis, thanks to their role in solving many real-world issues. Now that the crisis is subsiding, those users are unlikely to return to old ways. The infrastructure supporting those technologies—such as the cloud and logistic networks—performed flawlessly, even as demand on them grew at an unprecedented rate. More importantly, a whole new generation of human capital from the “New Economy”—business owners, managers, developers, and front-line workers—proved that they could keep the economy running.

Politically, President Xi Jinping capitalized on the crisis and national pride to justify the political system. In the end, draconian measures proved to be necessary to contain the outbreak, and the massive surveillance system that tracks each citizen turned out to be instrumental in the success. China’s propaganda and censorship machine, which is often deployed to downplay government missteps, helped debunk rumors and tamp down unnecessary panic. As other countries with more democratic and decentralized political systems struggle to make hard decisions, mobilize enormous resources, and implement the emergency measures, many Chinese—even those with reservations about their country’s authoritarian government—are likely to agree that there are valid benefits to the “Chinese system.”

On the international stage, China has started to help nations that are swamped by the pandemic, particularly those in which it desires to increase its influence for strategic reasons. The pandemic is an opportunity for China to position itself as a capable and responsible leader that can fill the void that is being left by the US’s abdication of its leadership role. China has long been eager to expand its influence and promote its version of global governance and economic relationships, as can be seen in programs like its Belt and Road initiative. As a consequence of its success in battling the coronavirus and its willingness to help others do so, it is likely to win some goodwill and friendship—or at least some grudging respect.